At 8am, in the Glass and Steel Police Center in Bridgwater, Somerset, Inspector Richard Horsfall takes a sip from a huge cup of tea and kicks off the team briefing. “Right then, let’s go,” he says. “We have a lot to overcome.”

Three reports of rape were made overnight. A man is in custody and in just over 12 hours he will have to be charged or released. “Time is running out,” says Horsfall. “It will be a busy day”.

This is the Bluestone operation. His “Al Capone” approach to catching rapists puts suspects – not victims’ credibility – at the center of the investigation, police say, and aims to “destroy” them by any legal means possible.

In two days, the Guardian had an exclusive insight into Bluestone’s operation, as well as access to new data, the academics behind it, the people supporting the victims, and the national police leading its vanguard.

The project – part of a larger police and Crown Prosecution Service (CPS) operation called Operation Soteria, after the goddess of safety and harm release – aims to address a crisis in rape prosecutions, which have dropped by 64%. between 2016 and 2020 against a backdrop of record relationships in England and Wales.

The government response in its rape review, published last year, led to the £ 6.65 million pilot project, launched in Avon and Somerset and extended to 18 armed forces. An Interior Ministry report on its first year is forthcoming and a new police model for dealing with rape is expected by June next year.

Eighteen months after the plan began in Avon and Somerset, the force says it is starting to see “green spots” for change. Prior to Bluestone, he ranked 40 out of 43 forces for his performance in dealing with rape and sexual assault. He now he has risen to the 22nd. His charge rate has tripled, from 3% to 10%, according to internal strength analysis. Agents are arresting suspects at twice the rate – an average of 45 per month in 2022, up from 26 in 2021.

“It’s still rubbish,” says Bluestone Research Manager Det Supt Ed Yaxley bluntly. “Let’s be honest, 90% of our cases don’t go to court yet. I don’t think anyone within Bluestone thinks of this as something to sing about. But the data tells us this is the start of something really important. “

The new way of working is in full swing in the police offices. Two “nuisance officers”, whose job it is to focus on the suspect in the case, are about to leave to interrogate a man. Two women went to a sexual assault center and an “engagement officer”, who interviews and supports the victims, left to meet them. Details of the suspects in all of the previous night’s reports were checked against police databases to see if they have been previously reported or have a history of crime.

While it may seem like the kind of basic procedures that should be done for every rape charge, multiple relationships, dozens of experts – including the former victims commissioner – and thousands of rape victims attest that very often this is not the case.

As part of Operation Soteria, academics conduct intrusive insights into the military’s data, as well as case reviews, surveys and endless conversations, to find out exactly what went wrong, says Betsy Stanko, one of the operation’s academic architects. Their findings on the first five forces that joined the pilot were bleak.

“Basically, we found that the investigative units were actually victims’ credibility units,” he says. “The agents weren’t talking to the suspects, they didn’t know how many repeat offenders they had, their relationships with the victims were very bad, they weren’t using their data and information.”

Now, officers interrogate suspects at the earliest opportunity and look for evidence of solicitation, coercion and exploitation, says Sarah Crew, Avon and Somerset Police Chief and National Police Chiefs’ Council (NPCC) rape officer. If they are deemed a threat to the public, officers try to “interrupt” them through a variety of methods such as sexual risk or sexual harm prevention orders or driving exclusion control.

“Otherwise known as Al Capone’s approach,” says Crew. “I think all of this is sending a message to a perpetrator that in reality this behavior is not without risk for you. We are watching you.”

But the disruption is only part of the picture: it must be accompanied by the support of the victims, says Crew. In April, a report by the Interior Ministry’s select committee stated that the trauma of the investigation and delays (an average of 706 days for rape cases, more than double the average for other crimes) contributed to the high rate of cases (63% between July and September 2021) that were abandoned because the victims withdrew.

Through the charity Safe Link, which supports survivors of rape and sexual assault, the Guardian meets Rosie (not her real name), who recently reported a historic rape to Avon and Somerset police after a decade of bravery.

In the Georgian mansion that houses the charity in Bristol, she says the experience was traumatic – and surreal – as she had to outline her case in a crowded waiting room of a police station. But ever since she met her engagement officer a few weeks later, she felt “safe, listened to.”

“Without that, I wouldn’t have stayed with this,” she says. “I knew it was going to be difficult, but I didn’t really understand how heartbreaking it would be.”

Sitting next to her, often holding her hand, is her independent sexual assault counselor, Tina Decadenet. A woman you might suspect she doesn’t willingly suffer fools, she Decadenet describes feeling like a “nuisance” for years. “You were constantly trying to get in touch with them [police]you are constantly sending emails and you wouldn’t get anything in return, even if you knew they would read it because you would put a receipt in it, “he says.

Now the emails are returned, the calls are answered, he says. “It makes you feel like you are really doing a great job and helping the victims as quickly as possible. It is worth its weight in gold.

The police also speak differently, says Nicola Shannon, service manager for The Bridge, a reference center for sexual assaults in Bristol. They use “reflective practice” – in which colleagues evaluate each other’s work – and talk about being “informed about the trauma”. “I really hope that with Bluestone there will be a growing understanding that the best outcome should be the victim’s well-being. First of all, ”she says.

At the Bridgwater Police Center, Horsfall explains that treating victims gently isn’t just about doing the right thing, but building better cases. This could mean delaying a victim’s first interview, making sure she is picked up in an unmarked car, telling them it is believed.

Is he worried that critics will argue that a starting point of belief could lead to false allegations (despite the CPS claiming false allegations are rare and data suggests a man is more likely to be raped than falsely accused of being a rapist)?

“We need to investigate impartially and evaluate the evidence in a neutral way,” says Horsfall. “But we also need to allow people to feel safe and trust us, because that’s how we get our best evidence. And, you know, on a human level, just saying “we believe you” is the right thing to do. I don’t think we should be criticized for this ”.

Avon and Somerset had a rape team more than a decade ago, but it was disbanded during the austerity years, when the police force lost 20,000 officers, 15% of their number. The same thing happened in dozens of armed forces in England and Wales.

In Avon and Somerset, much of the post-2020 police surge has been reinvested in the fight against rape and a further 119 roles have been created. But other forces are under no obligation to do the same.

The CPS (which saw a 25% budget cut and 30% staff reduction during austerity) has been accused of being increasingly risk averse in its prosecution decisions in recent years, including by the police.

Vicky Gleave, the head of the rape and serious sexual offenders unit at CPS South West, says in her experience there was a “disconnect” between police and prosecutors, not outright hostility. “For me, the challenge is trying to have that personal connection between the two teams to generate that level of trust,” she says. “Below, we have been able to achieve this.”

The rape review ordered police and prosecutors to work together to bring prosecutions back to 2016 levels before this parliament’s end. In the last quarter, the southwestern region achieved this goal. “I have to accept to be happy,” says Gleave. “But I also think we still know where we are and where we need to be – and we need to be better.”

Although national statistics are also showing signs of improvement, activists like Rape Crisis fear the change seen in Avon and Somerset will be difficult to replicate in 43 forces – many of which, he fears, have police chiefs less committed to dealing with crime. or who clash with prosecutors who oppose control. “We absolutely need it to work,” says Amelia Handy, head of policy at the charity. “There is a risk, without the full commitment of all agencies, that it will not happen”.

But Crew believes Soteria’s impact will be felt not just in the police but throughout the criminal justice system. “Everyone wants to get involved,” she says. “And change doesn’t usually happen that way in the police, not that contagious way.”

Stops. “It sure works. I can see the change in the dials, but I can also feel it. You can smell it in the air. “ 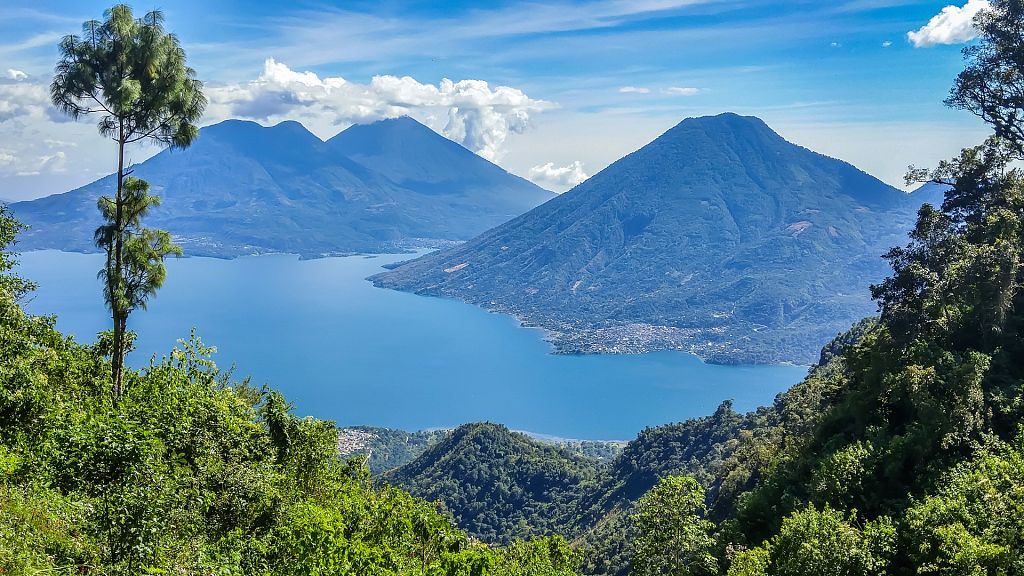